Frustration, schizophrenia and a touch of sneakiness: insights in the process of doing ethnographic research 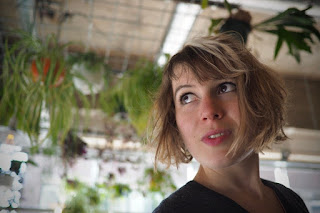 This summer, I participated for the first time in the Emerging Scholar Colloquium and the International Congress on Social and Environmental Accounting Research hosted by the University of St. Andrews from the 25th to 29th of August. I was quite positively surprised as I discovered the approachability of the senior researchers, it was clear that this was an open community willing to help and encourage future members. I was even more surprised as it turned out that my co-author Clarence Bluntz and me had been awarded with a prize for the best paper of the conference for our article “It’s not about manipulating the results, it’s about refining the methodology”- creative friction in the production of sustainability ratings. I was actually just about to sneak away to my room in the Agnes Blackadder Hall to practice this paper’s presentation that I was supposed to hold for the next day as Michelle Rodrigue stopped me and summoned me back to the conference room, where the award ceremony was just going to start. I was flabbergasted to hear we had won (to be honest, I wasn’t really aware of the existence of this ceremony that was organized for the first time this year) and unable to say a word, but luckily for me, this was not required for my picture being taken (it would have been better to keep my eyes open, though). All this did not exactly lower my level of tension for the next day’s presentation, but I am of course very grateful and happy with CSEAR’s recognition of our work.

The paper was, in the words of inaugural Best Paper Award Committee member Matias Laine, “not the most polished paper”, but the result of an “innovative approach in an area that needs more research”. For this blogpost, I thought it might be interesting to write a few words about this innovative approach.

The article is the result of an ethnography I conducted in the young sustainability rating agency where I used to work as an analyst for a period of three years. Just like most of my colleagues, I started working there with the firm conviction that sustainability ratings could help to bring ethics to the financial sector, thus making it a powerful lever for conducting a positive change in the world. This idea was reflected in the features of the agency’s rating methodology, that was based on strong sustainability principles but at the same time relied on the analysts’ capacity to ask the right questions rather than on quantitative and standardized checklists. This qualitative approach to evaluation worked out fine within the borders of our organisation but was, as it turned out as the agency matured and confronted its products to the market, not quite understood by the companies we rated. The result was a non-linear standardisation process of the rating methodology, with the analysts struggling with the tension between an internal pressure to make sense of sustainability performance while sticking to a case-by-case and common sense-based form of judgment, and an external pressure to communicate their ratings on sustainability performance in a way that was acceptable for external parties. This process was full of paradoxical situations and moments of bricolage where analysts had to make arbitrations between these two types of pressure.

Of course, the above-described analysis did not occur to me as precisely as I now write it down while I was still working there. The starting point of the project was rather one of general wonder about what was going on. Fascinated with the struggles my colleagues and I were going through but also fairly frustrated with the concessions we had to make to comply with external expectations, I started to keep a diary about one and a half year after my hiring. As my colleagues and me were working in an open space with all doors and walls made of glass and my screen was facing the hall where everybody continuously passed to grab a coffee in the kitchen, I had to be very careful with the Google Doc I used. I also had to be careful with What’s App that was installed on my desktop and that I used to talk to my friend Clarence Bluntz, who was in the second year of his Ph.D. at the time and with whom I shared my observations.

As my notes piled up and thanks to discussions with Clarence, who came to the company twice to conduct interviews with my colleagues (this part of the data collection was thus fully uncovered), I was more and more able to see the events at the agency from a distance. At the same time, I still was one of the analysts and had to complete my ratings and attend meetings just like all of my colleagues. When something occurred at the company everyone was upset about (this happened quite frequently), I at first felt just as troubled as everyone else, but quite quickly I was also able to analyse the events from a greater distance, thanks to Clarence and to the observing approach I had taken and that had become natural. The result was a sort of schizophrenic state of being, switching back and forth from playing the role of a devoted employee to being a kind of undercover agent. This was not always easy and more than once I felt scared or guilty about my sneaky behaviour.

It is now more than a year ago since I left the company and started my Ph.D., which can be regarded as the continuation of this ethnographic work. Because I wondered whether the tensions my colleagues and I experienced are shared more widely in the field, I have been doing interviews with analysts and other actors from the French sector for responsible investment during the past year. Thanks to these discussions and to my readings, I now understand that the company I used to work actually was an exception in the field, sticking to a strongly ethically-driven approach to sustainability analysis in a sector where this type of analysis is more and more instrumentalised to better identify financially material risks and opportunities. This does not mean that tensions are not felt by analysts in other organizations, but generally, they do not get the same degree of autonomy from their managers to develop and refine their own methodologies, that are often highly formalized. In other words: if we wanted to attract mainstream investors, who are used to quantitative reports and data, we did not have any other choice than to adapt ourselves, and it is rather praiseworthy that our employer gave us the freedom to carry out this adaptation process as we wished, thus leaving room for our own interpretation of the compromise between ethics and efficiency.

The frustration that led to this inquiry at the start has thus made place for a more nuanced view on my period as a sustainability analyst. The schizophrenia has disappeared, as I am now a full-time academic. The guilt about the sneakiness that my covert participatory observation implied stayed, as I never disclosed my full intentions and the detail of the data collection process to my former employer (the project would not have been possible if I had). The odds are low that he will ever read this blogpost, but if one day he would, I can only hope that he will be able to appreciate the honesty of this confession.