Social and Environmental Accounting Theory: A Limb, not a Lens

Winner of the 2021 Reg Mathews Memorial Prize for the paper considered to have made the most significant contribution towards the social and environmental accounting literature published in Social and Environmental Accountability Journal. The paper is FREE to download here. 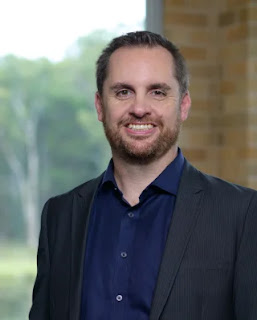 Is theory a ‘lens’ on social and environmental accounting issues (SEA)? And does it matter whether or not we imagine theory this way? My recent article, in a special issue of the Social and Environmental Accountability Journal on the future of SEA research, addresses these questions (spoiler: I answer no and yes, respectively). I then propose an alternative: That we think of theories less like lenses and more like limbs, set within bodies of research tradition.

The main idea is this: While we can pick up and put down a lens at will, a limb is part of us. Viewed as lenses, theories appear as interchangeable perspectives on SEA problems to which we need have no special attachment. Conceived as limbs, by contrast, theories give shape and form to how we understand the world and to principles to which we are committed. If we view a limb’s purpose as to reach towards an object, the limb metaphor also foregrounds how to theorise is to act. For example, whether we interpret forests as assets or ecosystems is not only an epistemic question but affects how we treat these environments. In this respect, viewing theories as limbs holds scholars more accountable for the ways of knowing we propose.

My full argument has three stages:

1. What does the ‘lens metaphor mean? In SEA scholarship, lens metaphors present theories akin to coloured glasses, which show our subjects in different shades. This metaphor implies a certain post-positivist playfulness towards theory, in which we can cycle through multiple theories without ascribing truth or objectivity to any. Lens metaphors also tend to privilege certain types of research over others: Generating novel perspectives on SEA issues, for example, over interrogating which theories are right.

2. What’s wrong with lens metaphors? Lens metaphors can be misleading in two senses. First, lens metaphors can misrepresent our subjects’ beliefs or our own. Consider an accountant who views her professional ethics as an objective moral standard. If we label her moral system an ethical lens, we mispresent her own (objective) understanding. Lens metaphors might also misinterpret our own beliefs. For example, if we genuinely believe natural systems have intrinsic value, imagining a ‘deep ecological lens’ filters – and thereby truncates – both our real ontology and ethics. Second, lens metaphors can (mis)lead our research time by privileging theoretical novelty over extending or applying those theories we hold are true.

3. An alternative? Imaging theories as limbs suggests theories are less ways of seeing than ways of inhabiting the world. This perspective is consistent with how SEA scholars have long interpreted accounting: As a mode of knowing that inherently (re)shapes the world it (nominally) records, and so is never simply technical or neutral. For example, to describe a person’s performance in numbers is a deeply theoretical exercise that gives a person’s actions some properties (e.g. comparable and transferable) and takes others away (e.g. specificity and social context). Representing theories as limb matches our metaphors to these maxims.

Imaging theories as limbs also helps clarify what is at stake in contests between ideas. As limbs, conflicting theories are not simply different vantage points on the same reality but conflicting injunctions about how to interact with our social and natural worlds. If we accept organisations should serve society rather than shareholders, for instance, we cannot be benignly indifferent to perspectives – like legitimacy theories – that privilege financial interests.

I extend the metaphor one step by imaging theoretical limbs within bodies of research tradition rather than as discrete entities. Gadamer famously wrote that we understand a text only when we know the question to which it is an answer. Traditions provide the questions that theoretical texts answer, and thereby offer a fuller sense of theories’ meanings and possibilities. Understanding theories in traditions also reminds us that learning theory is not only memorising axioms or tools, but immersing ourselves in an historical conversation such that we intuitively grasp both the import and logic of the principles we apply.

We can think of SEA research as itself a tradition. So conceived, SEA research is not simply a set of technical skills but a distinctive approach to accounting praxis. As such, the task of SEA scholarship is not only to cultivate novel perspectives on contemporary problems, but to assert ways of knowing we have learned collectively, and which our teaching and research preserve. This last metaphor foregrounds how to (re)produce knowledge is also to remember what has gone before. In my article’s closing words:

As our politics sleepwalks our natural environment towards catastrophe, and as our economics bends once more towards inequality and injustice, one critical role for our tradition of SEA research is to remind each other, and the wider community, of what we already know.